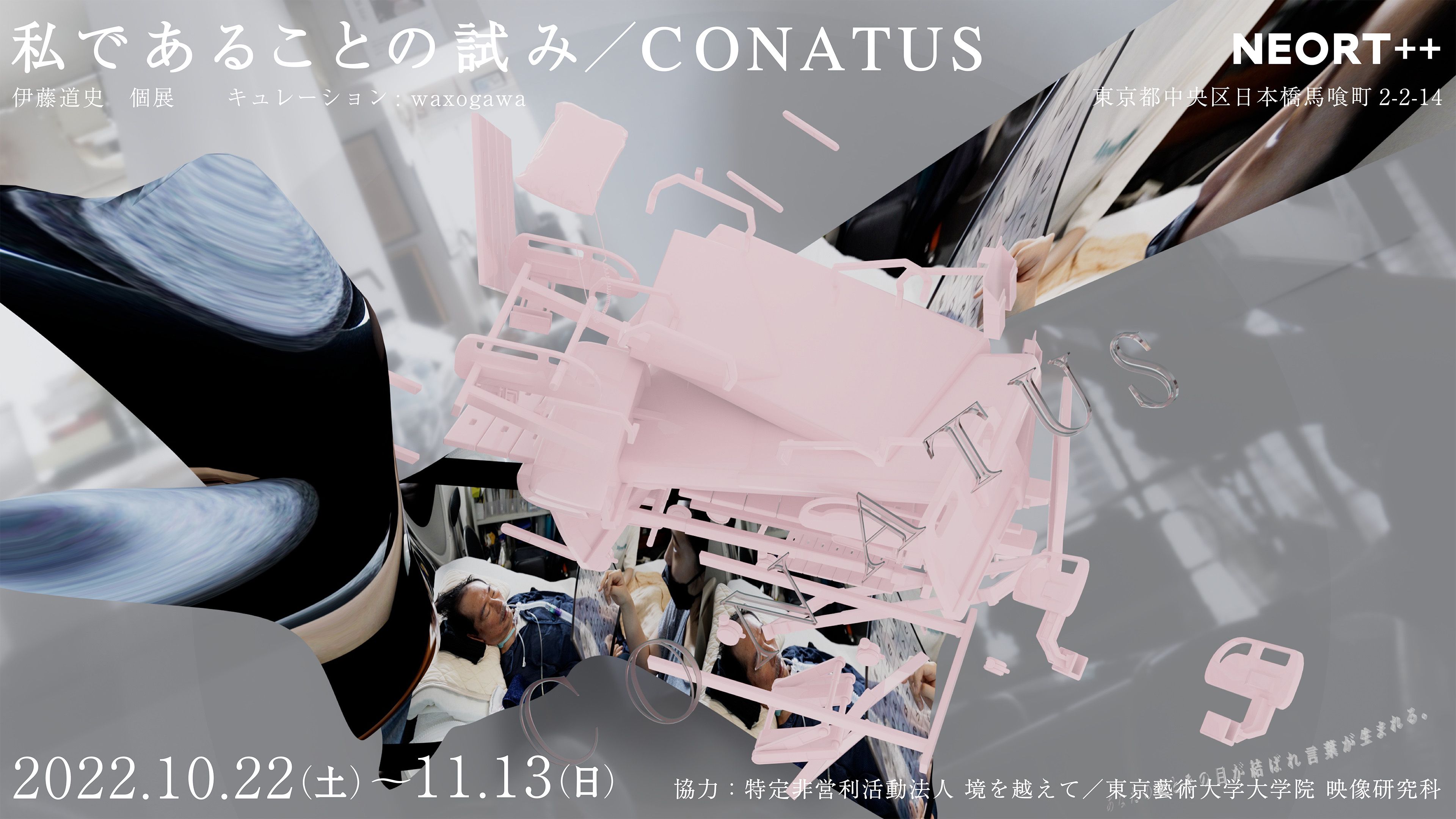 This exhibition, titled An Attempt at My Being / CONATUS, speculates a new equation of body = image = documentary, using the new media of VR. The artist Michibumi Ito considers images as objects and transforms them within the virtual dimension. He experimentally arranges desperate issues freshly recorded in sharp focus by being tangled with the physicality and perception empowered by the new media. The exhibition consists of works such as a film that presents an interview with Mr. Okabe who suffers from amyotrophic lateral sclerosis (ALS) and a piece contemplating ‘VR sleep’. Using his keyboard, Mr. Okabe can communicate with us for up to a few hours per day. And that would mean that he is spending his little time left on these few utterances. In a way, Mr. Okabe’s words strike a contrast with how we acquire endless new words, expressions, and countenance in our eyes in response to each new media every day. How did we come to show such swift contempt and simple mercy, while our words are no different that they could only be delivered visually? Consciousness or experience exchanged and shared every day in VR, SNS, or other roaring new media of some future--one can sense that it implies ontological abundance beyond the existing concept of the ‘virtual’. Surpassing the transaction and unification between virtual and real things, we may swim in the strait of devoiced words and their feel. Respectfully greeting the ethics of life, this exhibition maps and installs the plural topic of ‘body = image = documentary’. Like the faint reflections of sunlight leaking through the leaves, Ito tries to speak through his interview with Mr. Okabe. Humanity could be residing there. The title CONATUS refers to the ‘will to live’ or the ‘continuous effort to survive embedded in things’ nature’. Ito pays attention to Catherine Malabou’s ‘Plasticity’ and looks to the possibility of permutable subject. He thus attempts to approach and extend the imagination to what may lie beyond Mr. Okabe’s Conatus 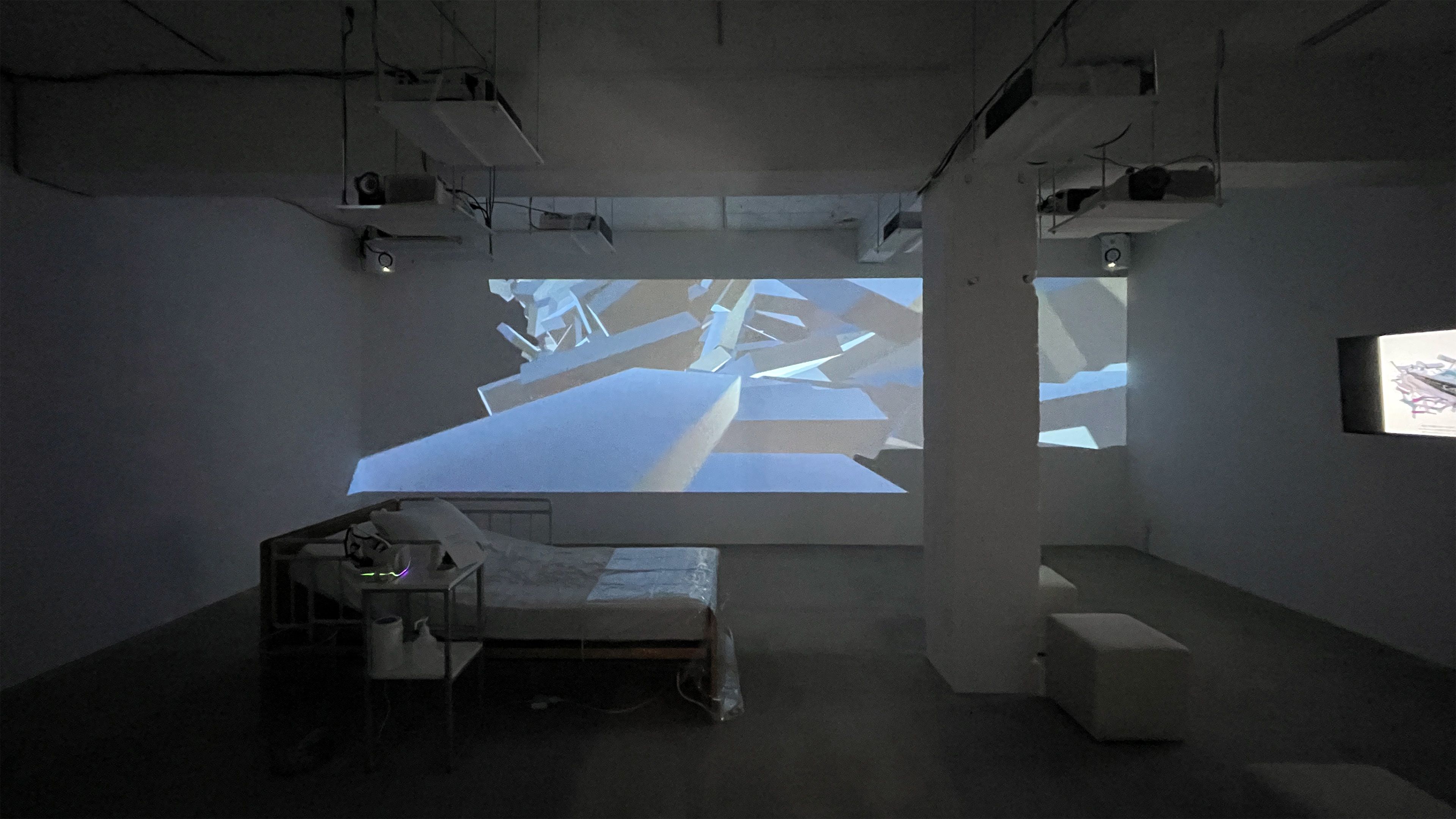