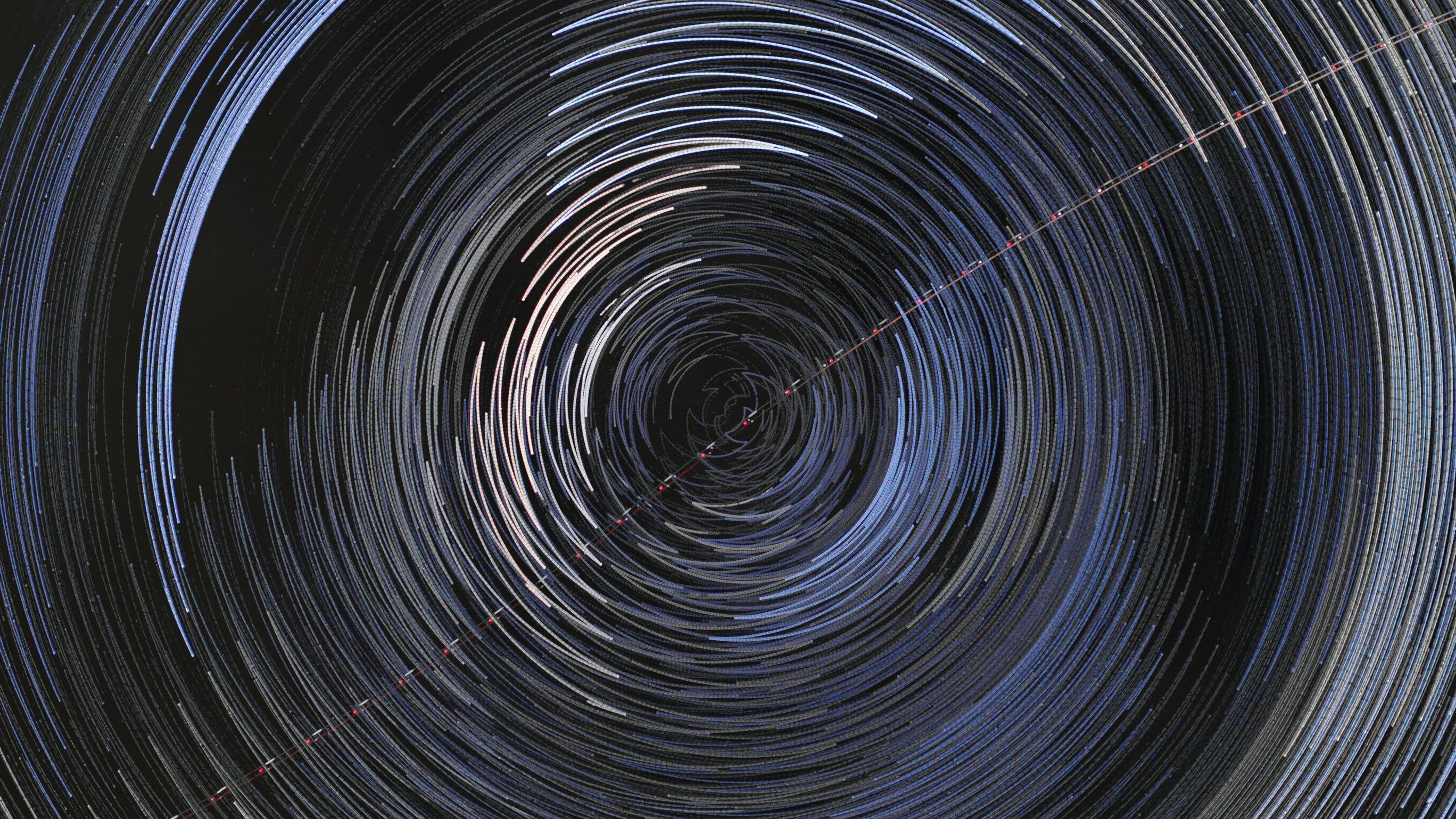 "Thales’ Engraving" refers to a photograph or video of the starry sky that uses a special long-exposure method. Star trails appear in the dark night sky, sometimes with clouds or thunder, as well as airplanes or satellites. The camera is digitally controlled by a unique device and program, and it takes several tens of minutes to several hours to shoot. With this kind of function, you can get a variety of images that differ each time depending on location, time, weather, and so on.

In addition, average smartphones and compact digital cameras were used for shooting, and post-production editing, such as color correction, was limited to a minimum. 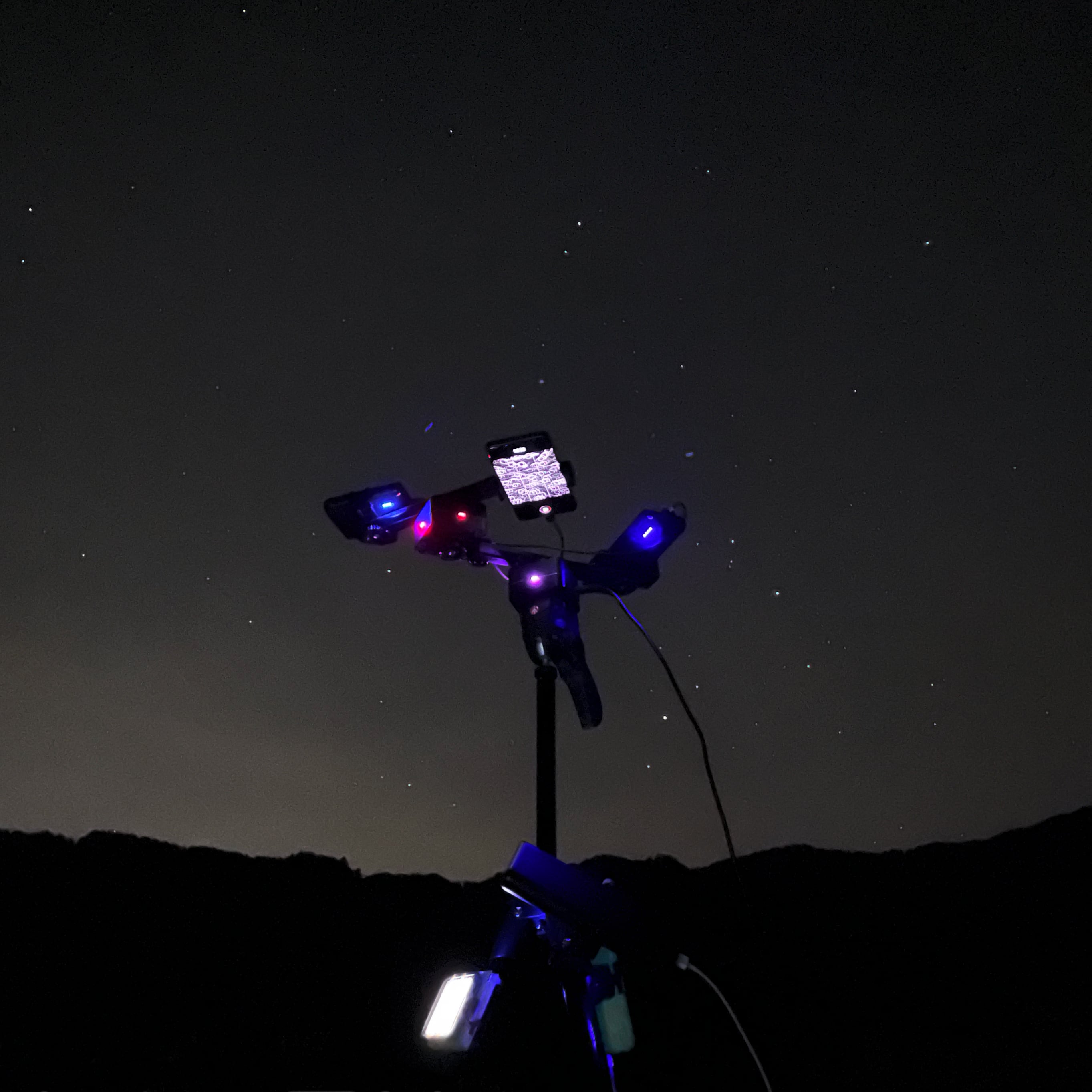 The "Thales’ Engraving" is digitally controlled by a custom-made photographic apparatus fitted with a smartphone or other device that takes long exposures of tens of minutes to several hours to capture images. The curves and dotted lines that emerge from this method of photography are nothing short of the stars of the night sky. In addition, meteors, the moon, clouds, airplanes, satellites, and other objects may also appear in the image, all of which are recorded as events in front of the camera. 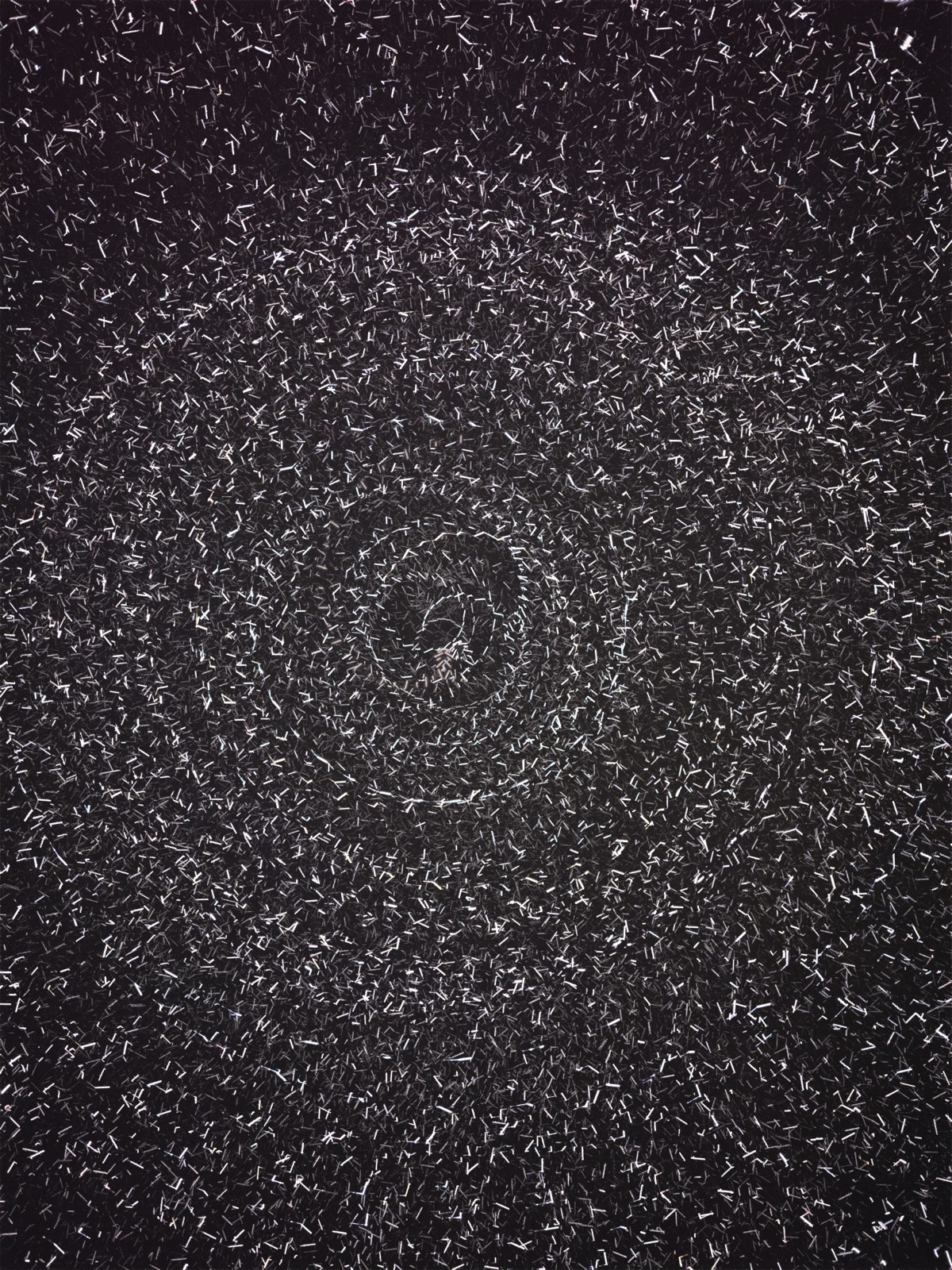 The work "Thales’ Engraving", consisting of 100 editions, is available for purchase at the NFT. The work will come with a physical version printed on acrylic panels in addition to the NFT.
Sale Ended, Thank You.
View on
TOKENS